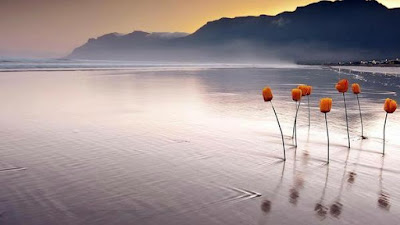 In midst of despair and sorrow
Rise buds of hope for the morrow.
Still standing upright and strong
Against all that can go wrong.

These are extreme times of confusion and change,
Media expanding over a broader range.
We are attacked by sounds from each direction,
Leaving no time for thinking and reflection.

These flowers know what's real,
They go by what they feel.
Away from the hustle and bustle,
They grow wild without any tussle.

A day to clear my cluttered mind is all I need.
To recharge my battery is what I should heed.
I'll recharge in a quiet place like this.
A zest for life is what I dearly miss.

THE DEAD GAME HAS BEGUN

horrorchic87:
THE DEAD GAME
Louise and her friends escaped End House but the deadly game was far from over.
The Dead had much more in store for Louise.
Black shapes were creeping toward them on the pool deck.
Louise fled down the stairs to the beach,
with Mike and David following close behind.
David was screeching about flying bats trying to knock him off the mountain.
Hard objects swiped at her,
almost causing her to lose her balance on the slippery stone steps.
But she continued on, refusing to look back.
She dashed along the beach.
Mounds of sand were being thrust in her face.
On the walkway, branches swiped her across the face.
Skinny wooden arms struggling to hold her back.
She ran down Main Street.
She felt all alone.
The streets quiet.
No lights or sounds were coming from the empty buildings.
Candles were flickering inside the gazebo.
Her body was being thrust toward the ghostly display of lights.
The gusting wind was flinging leaves and branches,
but still she was being propelled forward.
She had no control over her body;
she was like a puppet on a string.
A noose wrapped itself around her neck.
She was hanging in the middle of the gazebo.
Hooded creatures began circling her.
The noose was tugged tighter
until she could no longer breathe—or even care to struggle any longer.
Without any air left in her lungs…
with the world spinning around her…
she watched as the shadows slowed down
to take on distinct human forms.
The figures revealed themselves to be men and women with black eyes,
glaring up at her.
They were chanting in an unfamiliar language.
Their hoods casting their faces in deep shadow.
Long metal chains hung from their necks with gold medallions depicting snarling wolves’ heads.
One member of the group lifted arms up high.
The winds turned wilder and more violent,
moaning in unison with the voice of the unknown leader.
Louise recognized one face right before she lost consciousness,
but she knew that it was too late for her or the town.
THE DEAD GAME has begun.
Kindle
http://amzn.to/1lKvMrP
Nook
http://bit.ly/1lFdqNj
Posted by Unknown at 8:45 PM
Email ThisBlogThis!Share to TwitterShare to FacebookShare to Pinterest
Labels: book vampire suspense, death, evil creatures, paranormal horror, paranormal romance, paranormal suspense, paranormal thriller, vampire hunter, vampire. vampire slayer

MIDNIGHT AT THE OASIS

MIDNIGHT AT THE OASIS

When the clock chimes 12:00
midnight in the glass house,
time will stand still.
The music will stop.
Dancers will freeze in place.
All will be quiet,
waiting for the last chime.
After the twelfth bong,
time will be released from its trance.
The dancing and music will resume.
No time is lost.
Nothing is gained.
The Dead have assumed control.
THE DEAD GAME has begun.
Kindle
http://amzn.to/1lKvMrP
Nook
http://bit.ly/1lFdqNj

Follow the candles
to where they may lead you.
Down the dark corridor you walk.
Expecting a monster at every corner.
No one appears.
No sounds to break the dead quiet.
Down the corridor you go.
Waiting for something or someone.
But all you see is darkness
and more candles.
A door appears at the end.
It creaks open.
Do you really want to see what
is on the other side?
Human nature propels you forward.
Forward into the dark gloom.
What happens next?
The answer is hidden in the
inner recesses of your mind.
Follow your nightmare to its
bitter end.
Hurry before you wake up.
There’s no turning back now.
THE DEAD GAME 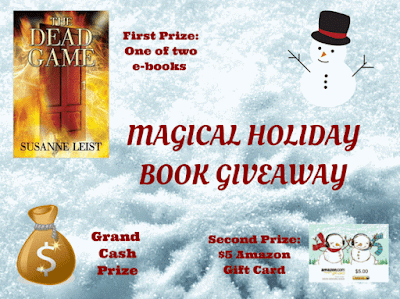 Holiday time is approaching.
Time to buy books
And win prizes.
Stay tuned for our magical giveaway with Rafflecopter.
A chance to play in the snow and roll in some dough.

DARK SHADOWS OF MY MIND

The nightmare of my mind,
Crammed with trees and dirt.
A deserted forest of the night;
No visitors or intruders.

Graves mark the spots
Where life once stood.
Replaced by shadows,
Drifting in time and space.

A space pitch black,
Deep in the recesses of my mind.
No way to escape it
For it follows me everywhere.

THE DOOR THAT LEADS TO NOWHERE 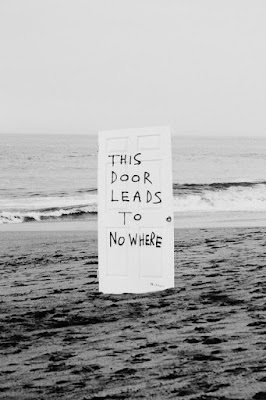 I love doors.
You don’t know what’s behind them,
unless you open the door.
On the other side, there could be
something magical.
Or something earth shattering
and deadly.
In The Dead Game, the magical door
opens to any place that you imagine.
But there is also a second door in
Oasis, Florida.
This door opens to your worst nightmare.
Where is the door now?
It was in End House but the house was destroyed.
Was the door also destroyed?
Read The Dead Game and find out.

Posted by Susanne Leist at 6:32 PM 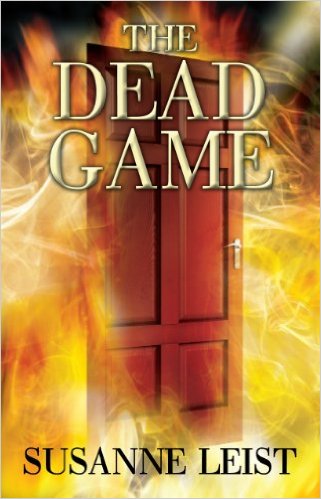 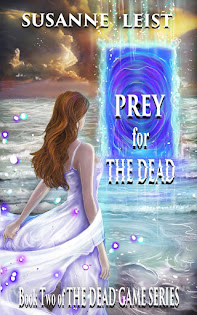 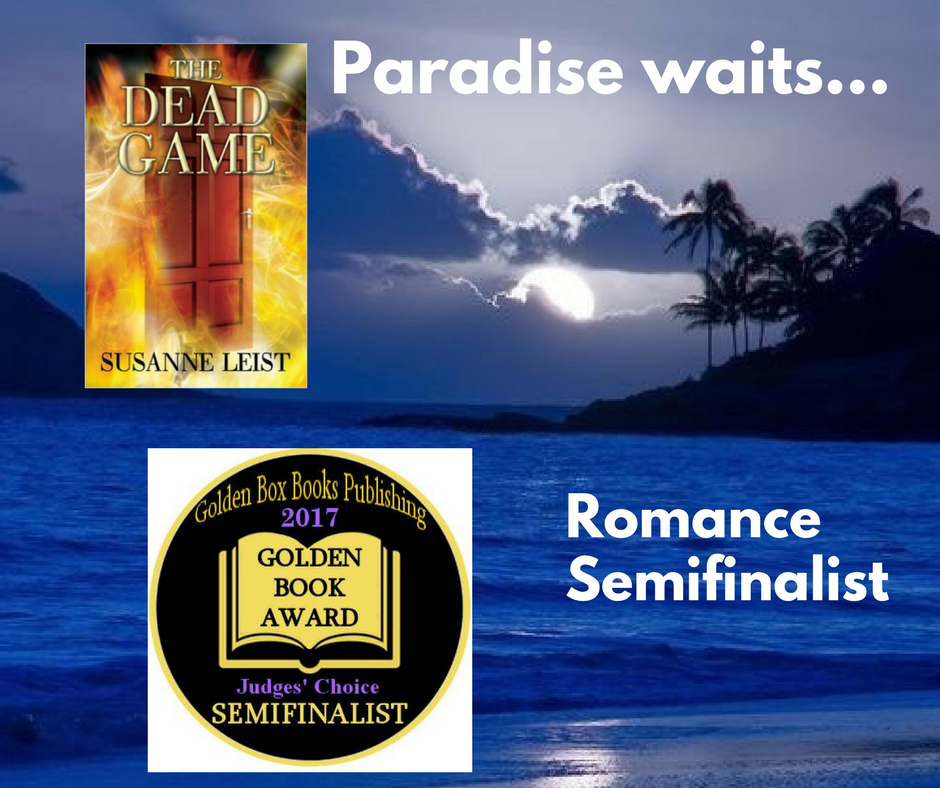